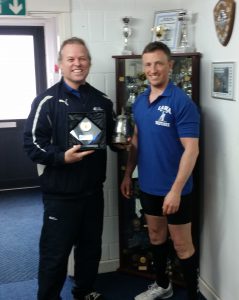 The First Leg of the postal results have been uploaded to the website (Results – Postal League 2017). (Amended file now includes Castlemilk)

Congratulations to the top 3 teams: 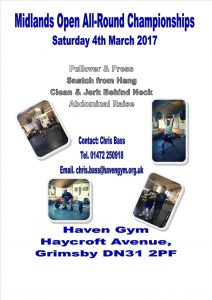 Full Results can be found under ‘Results – National Fixtures’

Big thank you and well done to all the IAWA lifters who made the trip to The Lion’s Den on saturday! There was some exceptional lifting on display, Chloe Brennan with a nice 150kg deadlift on the 2″ bar, Max Ell made some tidy lifts and continues to show great progress under the guidance of dad, Gary Ell! Speaking of Gary Ell, he pulled his biggest ever deadlift even though it was a 2″ bar, must be more in the tank then Gary!! Good to see Steve Moss back in action, the old back injury held out and he made some great lifts.Pete Tryner lifted really well with solid lifts across the board despite no preparation and carrying an injury! Matt Wells put in his usual classy performance with his flawless speed and style. Matt Jones had a good start on the dumbbell Walk but misjudged his opener on the push press which cost him dearly, he’ll be back though. Josh Davidson looked super strong with a nice 270 pull to end his set of lifts. As always we had a good Scottish contingent! Although he grumbled about the bar being too heavy and too cold Matt Finkle overcame a misload and made some solid lifts, double bodyweight deadlift on a 2″ bar, nice! George Dick was on form as ever, however he took the sensible approach and only did one attempt with the Dumbbell Walk! James McKenna looked solid on all lifts and still keeps moving up the leader board every time he lifts. Andy Tomlin was on fine form, I still think he has a 200kg 2″ bar deadlift in him before he turns 50…!? The youngest lifter of the day was Natalie The Myth Haydock,, 7 years old, 24kg with a nice 30kg deadlift to finish.
Extra special thanks must go out to Chris Bass and his daughter Alison who made the trip across country to run the announcing/scoring desk and making sure everything ran like a well oiled machine!! Thanks to Sam and Emily for brewing up, Holly for photos, and Amy for cheerleading Natalie!! 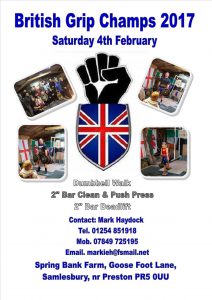 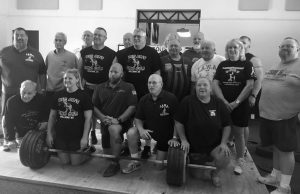 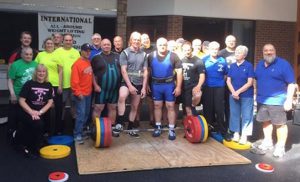 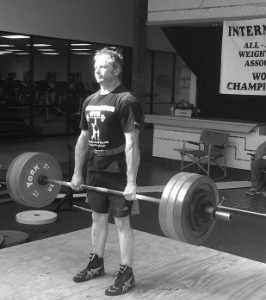 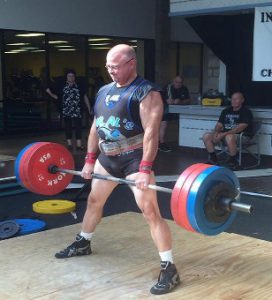 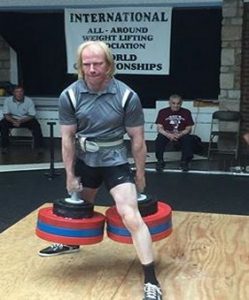 The Award for the Best Junior Lifter during the 2016
Domestic Season for IAWA (UK) Goes to Max Ell.
Max has competed with distinction throughout the
year and has won many titles and claimed many
British and World Records. Her list of achievements is
very impressive…2016 Winner…Well done Max Ell! 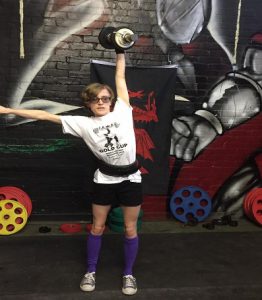 This year we had 24 teams and 63 lifters, the turnout and response was outstanding, and is a great way to pay homage to a former lifter and great guy Andy Goddard.
The lifts for this years competition were:
The Continental Clean, The Pullover and Push and The 2 x 2″ Vertical Bars Lift 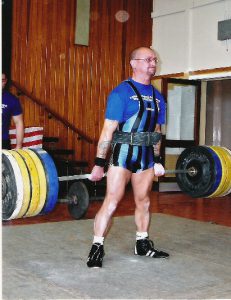 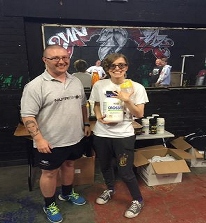 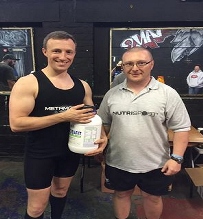 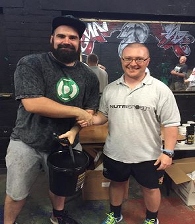 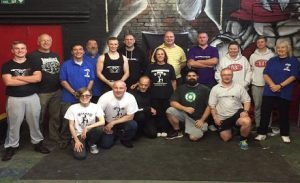