A virtual lift off competition for December 2021- Open to all IAWA member lifters from around the World..Videos of lifts must be loaded onto IAWA(uk) Facebook page over the weekend of 11th and 12th December…

The lifts: the reflex Clean and Push Press, and the Hacklift…and for disability lifters both Standing and seated classes: the Barbell Press and the Deadlift.

Lifters must wear the proper clothing as if lifting in a competition, face the camera as if it was the centre ref, and hold as if waiting for the down signal from the ref before replacing the bar…. Have fun any questions please ask…..

The number of lifters for Worlds were small this year – but the lifting was big!It was a difficult year for Worlds this year due to COVID and the lack of lifters being able to travel, but the SHOW went forth. Many thanks to Denny and Judy for making that happen. I’m really glad for this even though it was not really possible for overseas lifters to attend to make it a true international competition, its better having it than not having it. I would hate to see Worlds cancelled two years in a row as the World Championships and the Gold Cup are the two big events for IAWA and are what defines IAWA. Now onto the lifting! Beth may have been the only women entered, but she put up great lifts in every event and would have been tough to beat by anyone. She’s super technical on the lifts with great form. Truly worthy of being the overall woman’s lifter. Randy Smith was the Overall Men’s Lifter. Randy has been involved with the USAWA and IAWA for 20 years now, and I swear he lifts and looks the same now as when he started! I’m not just saying this because he always brings me beer when we get together either. He was followed closely by Denny in total points. Denny had a great day of lifting which is hard to do when you are the promoter and focusing on putting on a good event. Third place overall was fellow Habecker’s Gym member Barry Pensyl. Barry has been lifting in the all rounds for many years, as well as Dave DeForest who made the long trip from Columbia, MO. It’s pretty rare now to be around lifters in this sport who have been doing it longer than me, but both of these guys got me beat on that having done their first meets in the early 90’s. Young Aidan Habecker had a great day of lifting as well. I have really enjoyed watching him mature into a qood all rounder thru these past few years. Also – got to really thank Terry and Lou for doing all the loading. These guys were loading so fast I about told them to slow down a bit so we could “stretch” the meet out a little longer!I can’t say enough about Judy and all she does for our sport. She made us a great lunch, did all the scorekeeping, and then made us a big banquet meal!!! I know Denny gets lots of “pats on the back” for all he does as meet director and as our USAWA President (which is well deserved), but without Judy I would worry that he might drop the gavel! To summarize – another outstanding World Championships which I was glad to be part of.

Thank you to Chris Bass for his work in maintaining this list.

This was a first time event for IAWA(UK) and the result was a great days lifting, in a super charged atmosphere. I
think everyone present felt very pleased to be a part of something which felt quite special. The standard of lifting
was really outstanding with superb performances by all, several of whom had not lifted in competition before. A big
well done to everyone involved in organising the day: the promoters, officials, lifters and loaders, and thank you to
you all for taking part in this ground breaking event!

The 7th Welsh Championships was a very lively affair, a great days lifting with a wide mix of lifters on the platform
from World Champions to first time IAWA lifters, from Juniors to Masters, and some taking part whilst recovering
from injury and illness.

The day went really well and lots of records were broken.

Big congratulations to Neil Keddy and his support team for putting on the event in Port Talbot.

Entries are now being welcomed for the 2021 Gold Cup being hosted by joint promoters Stevie Shanks and Steve Gardner.

Please find below links to further information and the entry forms.

Please note: The closing date for entries is 23rd October 2021.

Another great year for the IAWA World Postal Championships!!

This year we had 42 lifters compete from the United States, Australia, England, and Canada. This World Postal Championships is one of three (with the World Championships and the Gold Cup being the other two) promoted by IAWA.   I want to REALLY thank all those that participated. Your participation is what makes this a great event!  As per the tradition the past few years, the lifts of the first day Worlds were contested.  I’ve included all class winners and best lifters, individual overall rankings for men and women, 3 person team rankings, and club rankings.

There were several Junior Lifters competing this year with the youngest, Everett Todd, at eight years of age. The oldest lifter in the completion was Denny Habecker at 78 years of age. I also want to mention 3 lifters who competed as Exhibition Lifters (because of lack of an official to judge their lifts) just to show support to IAWA and the memory of Andy Goddard.  These lifters were Gary Ell, Jason Farrugia, and Sylvia Stockall of Canada.

If anyone notices any errors in these results please let me know as soon as possible so I can get things corrected.  Sometimes I have difficulties reading the handwriting on the official scoresheets.

Again, I want to thank everyone for entering this meet and making it an outstanding annual event in IAWA.

What a great day the 2021 British All Round Championships in Eastbourne were on 14th August.

16 lifters battled it out in two groups of 8 and records were tumbling left, right and centre from juniors, seniors and masters. We had a great mixture of lifters representing all divisions and we had two new IAWA lifters on the platform who lifted really well: Ben Pullen and Stuart Thurgood. The best female lifter was Beats Banas, best junior was Brandon H Hyland, best MX lifter was Max Ell, best open lifter was Danny Kingsland, and Best Masters lifter was Mark Haydock. A big well done and thank you to Paul and Adrian at MetamorFIT in Eastbourne for putting on a splendid event. The Overall best lifter-the Champion of Champions winner of the Health and Strength Trophy was Mark Haydock with Steve Andrew’s second and Gary Ell third!

The Lifters & Officials of the 2021 British All Round Championship 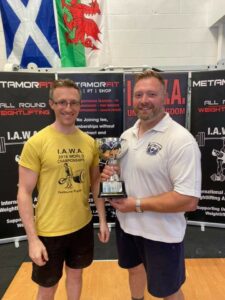 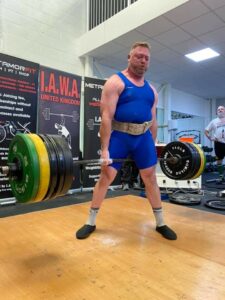 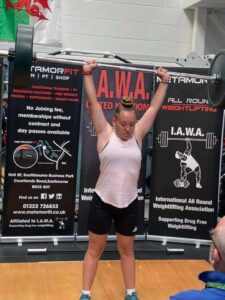 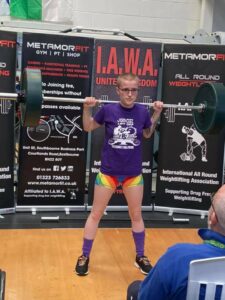 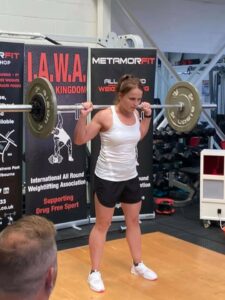 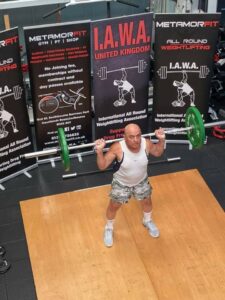 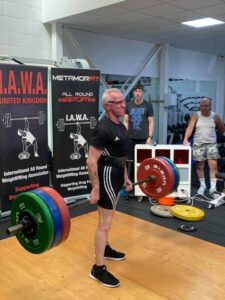 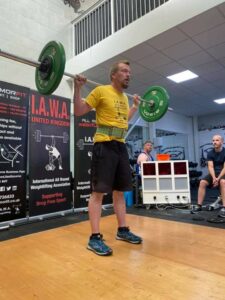 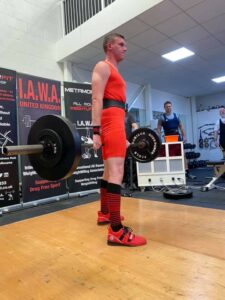 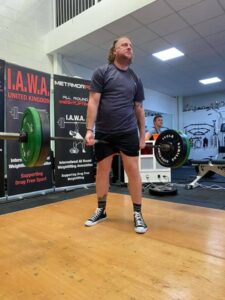 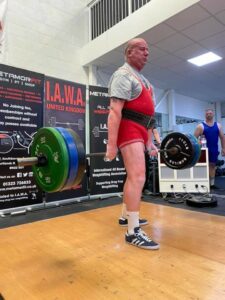 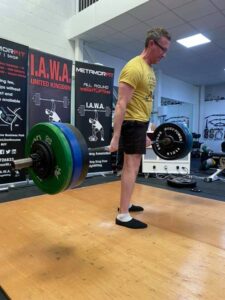 The 2021 Southern Cup was held at MetamorFIT on 25th July

Full results can be found here 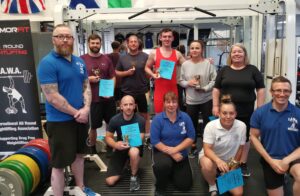 Lifter and Officials of the 2021 Southern Cup 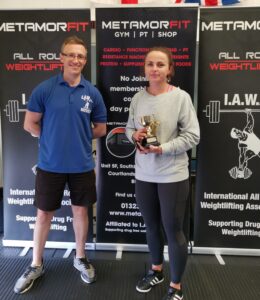 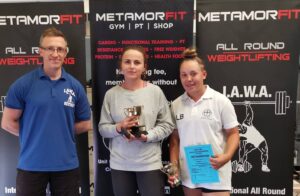 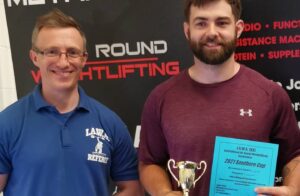 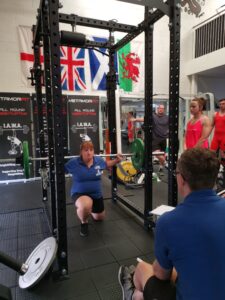 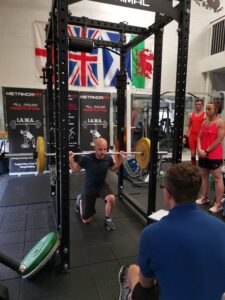 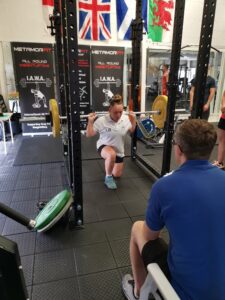 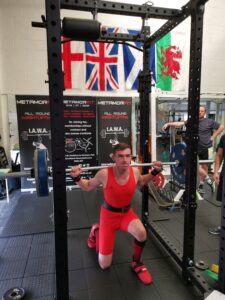 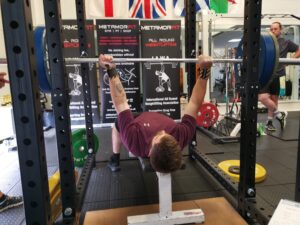 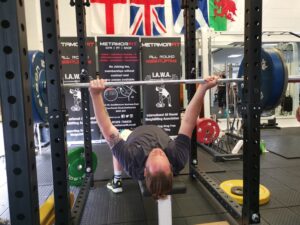 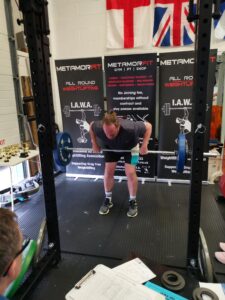 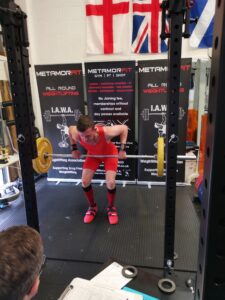 The Awards of the 2021 Southern Cup